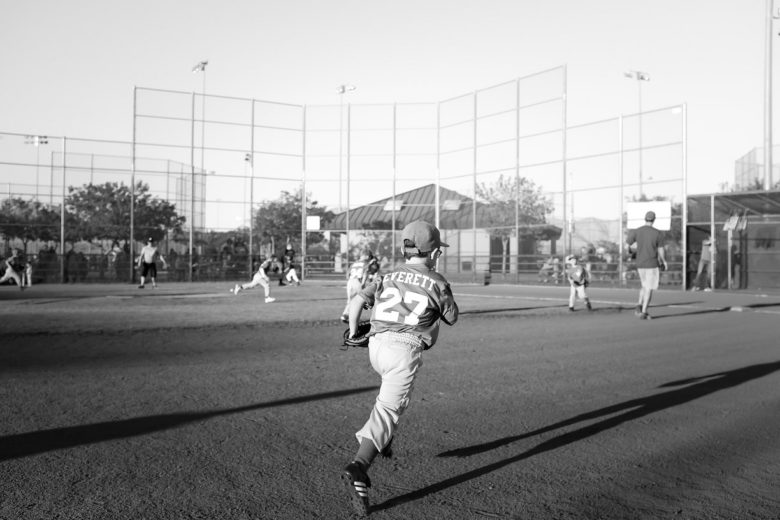 During baseball tryouts, I made myself stand out in the worst possible way.

During a simple running drill, I messed up.

The coach had us spread out and line up at each base. People at home would run to second, and people on first would run to third and so on.

It was a dumb, so whatever.

I had been standing on third base, but when the instructions came, all I heard was, “Third base will run to first.”

Ok, I was set, and ready to show the coach how fast I was.

I was going to shove it down all these cheaters throats and show them I meant business.

Except, I had literally run from third to first, in a straight line, directly over the pitcher’s mound.

“Hey, moron. Are you stupid?” The coach yelled.

Everyone busted up laughing in an outrageous roar. The drill had to stop because of my stupidity. No one could believe the antics I had just pulled.

But I had no idea what they were talking about. Did I win? Was I like too fast?

Another kid had to spell it out for me, while everyone roared in laughter.

I felt like the biggest dope on the planet.

Half the team had been cheating at running already and made me look bad for 2 days straight.

But then finally, I was ready to remedy the problem, because of the sprinting drill.

I’ve talked about how bad I am at running long distance – I just suck – so I was impressed that I was doing well at running in baseball, but only because everyone else was so much worse.

But sprinting, on the other hand, I’m wicked fast. Even in soccer, I was always the fastest one, or a half-step behind. I’m quick.

So when the time came to prove how fast I was in baseball tryouts, I wasn’t going to lose.

But it didn’t work out that way.

It was just one thing after another with that tryout. I couldn’t get anything right.

And all the teasing made it worse.

Somehow, people at school found out too, and had a good laugh at my expense.

I felt so dumb.

And it wasn’t that I had just made a mistake, but that my running abilities were being questioned. Here was the one area where I really shinned – especially sprinting – but the coach would never know.

It would have been fun just to make the team, then only be used to steal bases.

But now the coach would never know how gifted I really was.

It was like a racehorse had fallen in his lap, but all he could say was, “What’s wrong with that horse? He’s like a few straws short of a hay-bale.”

That baseball tryout was like applying for a job with the mob – you needed to shank your closest competition, when he wasn’t looking, and toss him under a bus.

Everyone was cheating and making me look bad – worse, it made me look like I was a loser.

I was furious. I had put in the work, but it wasn’t paying off.

To make matters worse, I kept getting “shanked from behind like a prison riot,” that it made me upset.

You know when you lose your mind over something outrageous, like getting cut off in traffic, that you end up making more mistakes after that. You can’t think straight.

It’s like you trip, and immediately get up and fall some more – instead of regaining your composure, breathing, and trying again.

Well that’s how baseball tryouts were for me.

Everyone was making me miserable and I was determined to try harder and to prove my worth.

But I ended up making more mistakes.

After that, I was a mess. I couldn’t think straight. I was so mad at everyone.

On top of it all, I had broken my arm the year before in a baseball accident. Now here I was, trying to prove my worth, and that I was actually a competent baseball player.

But all I managed to do was screw up.

I dropped ball after ball. Any pop-up hit to me would fall and bounce against the pavement – nearly smacking me in the face.

It just ended up being one comical mess after another.

I wanted to quit.

I’m pretty sure I was a ball of tears as I begged my dad to let me quit.

How was I supposed to articulate that people were cheating, and I looked bad, and I couldn’t catch the ball?

And most of all, I didn’t want to play with those guys. It wasn’t a team I felt comfortable with.

I think he gave me a longer speech about how we don’t quit things and we need to finish what we start. Which is a valid life lesson.

I still think about that today – about what a new project will mean or a commitment, before I join. I think about how much work something will take, and how much effort I’m willing to commit – and the time.

If I literally can’t quit – then I’m thinking long and hard about the things I say yes to, because once I agree, I’m committed – I’m not going back on my word unless I’m forced out.

So, sadly, I was forced back to that miserable tryout.

But I had given up. I wasn’t having it anymore.

I’m sure I walked a couple laps when it came time to run – what was the point anymore? And I sat out a couple drills. These people sucked and they were horrible at life.

When the final team announcement came – I didn’t make it. My name wasn’t on the list. Obviously.

But I was relieved. I had never been more excited to get cut in my life.

I don’t know what I would have done if I made that team.

As I left the field, happy to head home, one of my new friends caught up to me.

I shook my head no.

He had been with me, running hard, while everyone was quitting and cheating.

And that’s all I wanted to hear – that I had done well, and overcome my fear of running.

Because frankly, that should have been the only reason I got cut from the team.