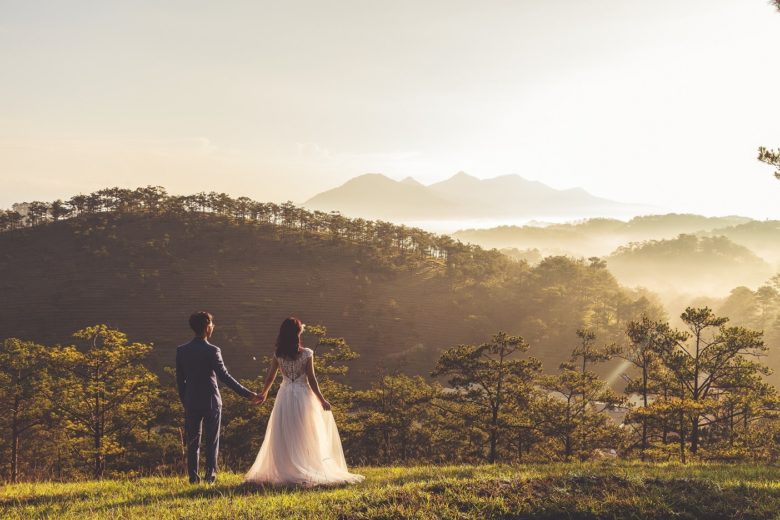 Achieving marriage success is not easy. I’ll be honest, being married is one of the most difficult and confusing things I’ve ever done. But I don’t regret it one bit. I’d do it again in a hot-second.

Looking back, I wouldn’t be where I am today. I wouldn’t have the experiences, successes, and failures. I have my wife to thank for that.

That’s not to say it’s all daisies and roses. Being married is hard.

I remember being single. On a scale of 1 to 10, my life was always like a 3. Days were never that exciting or depressing, you just sort of walked through life – perhaps looking forward to the day you’d get married.

Then, as a married man, I suddenly felt the full spectrum of happiness. Some days were definite 10’s – they were amazing and I didn’t know life could feel so fulfilling. On the flip side, marriage also makes you incredibly miserable. That happiness scale would drop off the rails and you’d feel a -2 (negative two). I never knew life could feel so destitute.

However, what makes marriage interesting is the motivation it provides. Suddenly you have someone staring at your face every second of every day and critiquing your every move. Whether that’s annoying or not, you be the judge.

Suddenly you have someone who knows you better than you know yourself. It’s a very strange dynamic. But that person is on your side and rooting for you. They’re not nagging you with negativity – they really want you to be the best version of yourself – just sometimes that advice is ill-received.

For instance, I like to politely remind my wife she stares at Facebook too much. She doesn’t even know she’s doing it – she’s plainly addicted and sucked into Zuckerberg’s master plan for world domination, by turning us all into robot zombies – but I know it isn’t doing her any favors. It makes her irritable and depressed. Why would she keep doing that to herself?

I don’t know. But I care about her and want her to be the best version of herself she can be – even if it means an argument because I’m calling her out on her faults.

Marriage Success – In it together

That’s not to say too she doesn’t do the same to me too, because she certainly does. She’s supportive in ways I can never repay or even comprehend. She’s tells me what to pursue or when I’m being dumb. She gives me supportive feedback or plain tells me when I’m being a jerk. I don’t always like to hear that stuff, and sometimes I pay her back in kind with the silent treatment, but I would never have gotten that kind of support while being single.

No one cares about you when you’re single. Your family is there, but they’re only around so much. Having someone evaluate and critique your every move is a sounding board of a different kind. Your spouse knows your every move in strange and intimate ways.

I don’t have facts or figures to prove why being married has made me successful, other than how I feel. There’s just a lack of proper motivation and accountability when you’re single, that a married person receives in droves.

And then there’s the issue of divorce. Ugh.

Being married sucks, did I mention that? Sometimes you want to blow your brains out with frustration. But at the end of the day – or whenever you calm down – straying married is always the better choice.

Being married is hard, but it’s something you signed up for and committed to for life. Why would you back out of that contract?

It’s like you signed up for a therapy course with guarantees of making you a better person. But when the therapist starts digging and asking tough questions, you decide to bail. Why would you do that? Just because it suddenly got hard? You knew that it would be going into it.

It’s not like you’re the first person to ever get married and have a hard time. Look around.

If there’s one thing that’s true across the board is that marriage is hard for everyone. It doesn’t matter what religion you believe, color you are, or where you’re from. The divorce rate stays at 50% across the board, and that’s a pretty accurate statistic you can count on.

Except this: One staggering statistic I’ve seen about divorce is that it’s 50% for high school graduates. 50% for partial college finishers. And 25% for bachelor degree holders.

Holy smokes! We’re did that 25% come from? I don’t know. It’s an outlier to the divorce rate. College graduates aren’t necessarily smarter or richer than average people – and these definitely don’t matter for divorce rates.

But what does matter is that college graduates have agreed to finish what they started. Let that sink in for a bit. They signed up for a 4-year engagement of torture and stress, only to get a piece of paper of a job well done – because, as we’ve seen, even a job offer isn’t waiting for them at the end. They get nothing, other than accomplishing something.

So maybe there’s a trend. If you can hang with being married and someone torturing you around every corner – and you’re planning on sticking it out – then you can definitely face the challenge of careers and entrepreneurship, which are impossibly hard feats too.

So be thankful you’re married, and stick with it. There are rewards you can’t possibly begin to comprehend.

Are you single and looking forward to marriage? If you’re married now what’s the toughest part? What good have you seen from sticking out a marriage?