Tips and Ticks for Overcoming Fear at Work 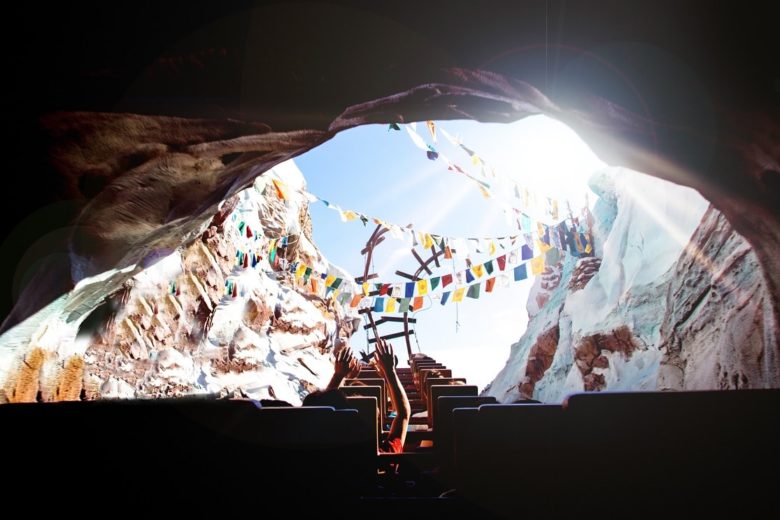 Fear at work is a real thing. When I interned for Disney, they trained me to do a lot of strange and unnatural things.

One of them was to say, “Come back again and see us real soon.”

Come again? What does that even mean?

As a cashier, the managers would grade us on a 10-point scale. Lots of the points were easy to earn, like saying “Hi” and counting back the correct change.

But the one that hung me up, was the “ask them back.” I always got a zero.

I hated that thing. Asking someone to come back and visit again is such an unnatural ask.

I just assumed skip it and get a 90% on the evaluation.

But for Disney, anything short of perfection is a fail.

After a few months of skating by, an ultimatum came down from the Corporate Mouse:

“Any cast member failing to achieve 100% on their evaluations will be terminated.”

There was an official memo, with a lot more magical Disney-speak, but that’s effectively what it said.

I didn’t want to say that dumb thing – it felt so awkward and stupid.

But I was also earning a grade for college credit, so I really did need an A. And I also couldn’t afford to get fired – getting an F on an internship wouldn’t look good on my permanent record either.

So I had to figure out how to make this work.

I gave it a shot. And failed miserably.

After wrapping up a guest’s purchase, I smiled and said, “Come back again and see us real soon?”

After working there for months I had never uttered this ridiculous phrase. It felt like sandpaper on my tongue.

The lady looked at me like I had a virus and scurried away – she didn’t want to catch my disease.

I needed to escape. This all felt foreign and wrong.

On a day off I wandered around the park. I was miserable, thinking how I was about to get fired.

After a horrible day of banging my brain around the triple-mountain-coasters (Space, Thunder, and Splash), I was startled by hearing a familiar phrase.

As I exited Splash Mountain, an unfamiliar cast member greeted me by saying, “Come back and see us real soon!”

She caught me off guard. She had said it with such excitement and enthusiasm. And it felt natural. Like she really wanted me to ride the ride all over again, soaking my pants once more.

I wished I could have been in her position. I was jealous. It felt so easy and natural to say “bye” to people as they left an attraction.

I worked in retail after all. That was such a strange place to ask someone to come back and buy more stuff. It felt insincere.

Now more depressed than ever, I needed to eat.

The only decent place to eat in Frontier Land is the turkey leg stand. It’s a big greasy hunk of meat, but it’s delicious, and tastes like ham. So it’s awesome.

As I paid and received my order, the kind man said, “Thanks and come again.”

Now I was hearing this phrase everywhere – it’s like when you need a new car and you swear every TV commercial is directed at selling you a new car.

He said it so naturally and with such ease. And it felt like he cheated. He hacked the phrase down, cutting it to bits, but the essence was there. I was impressed.

With this newfound revelation, I was excited to return to work.

After ringing up the first guest of the day, I was ready and eager to utter my new catch phrase, as I said, “Thanks and come again.”

I said it as naturally as you’d say, “How’s it going?” It’s a phrase that doesn’t need acknowledgement. It’s meaningless and no one takes you literally.

I had found my trick and it stuck.

As the next round of evaluations came, I was happy and excited for my manager to rate me.

I had figured it out. I had solved the difficult puzzle.

So when the time came, I ticked all the boxes and got everything right. For the first time, I finally received a 100% on my evaluation.

I was so excited I could squeal.

It meant I could keep my job, and was on my way to successfully passing the internship.

And it meant I was finally the perfect Disney cast member – everything Walt had ever dreamed.