New Year’s Resolution Fail – January’s Over, How Are Your Goals? 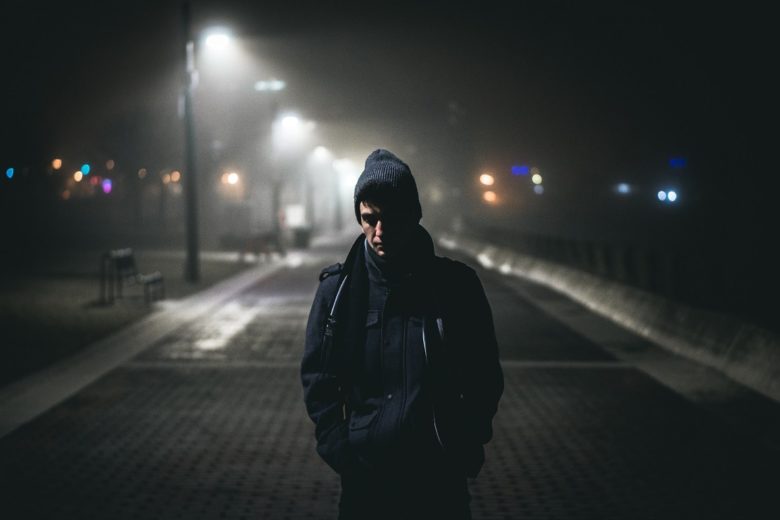 Did your New Year’s Resolution fail? Now that it’s almost February, have you already quit? I bet you have.

You dummy. You’ve become a statistic, but it’s not your fault.

I failed too. I couldn’t manage to keep my Resolution.

But my Resolution was this: “To Make No Resolutions.”

I just wanted a year with nothing to do. To chase nothing. And to have no motivation.

I wanted a year of peace, and complacency, and to be satisfied.

I wanted a year to be happy with what I have.

Then I failed. I made it a week – to January 5th – that’s longer than I thought I’d last.

By Friday I was back to my rainmaker ways, trying to take over the world, and crush everything in my path.

I was already making plans on doing This, That, and The Other Thing. All these other plans that would flip my world on its head.

And I felt bad about it. I failed – because I can’t sit still.

If you want to change your life, DO NOT do it on New Year’s Day.

This is a recipe for disaster. You’re going to fail. You’re joining a group of other failures who can’t make changes in their life during the normal year.

Don’t put yourself in that group. Decide to be different, to do it on your own terms. You don’t want to be defined with a group of people who can’t make habits stick.

You need to join the people who do. Who succeed. And who find a way.

Successful people are making other plans – throughout the entire year, on a daily and weekly basis – regardless of the arbitrary “New Year’s Resolution.”

New Year’s Resolutions suck. Avoid them at all cost. It’ll just make you feel worse about yourself than you already do.

As a kid, I learned a new skill.

There’s a trick in soccer called a “rainbow.” The ball is placed at your feet, then rolled behind you, and kicked over your head with your heel. It flies over you in a rainbow arc. The ball then lands in front of you.

It’s a beautiful move, when executed properly. When it’s wrong, it looks horrible, and the ball goes flying everywhere.

A rainbow too, is totally pointless. It’s not effective in a game.

Regardless, even though I was a mediocre soccer player, I was determined to add a rainbow to my arsenal.

During one long weekend of watching my sister’s soccer tournament, I was bored out of my mind. I decided it would be fun to practice the rainbow technique.

I sucked. I kept kicking that ball everywhere. It was really hard.

But day after day, I stuck to it. I just kept dribbling and flipping that ball over my head.

Finally, by the end of the weekend, I had figured it out.

I managed to feel the ball roll across my calf, and the proper jumping technique to kick the ball simultaneously.

It was awesome. I felt such joy and relief. I had succeeded.

And I didn’t need a New Year’s Resolution to do it. I knew it could be done, I had seen professionals do it, and was determined to figure it out.

The brilliant podcast This American Life ran a story on the dichotomy between a “rich” private high school and a “poor” public high school.

It’s shocking, to say the least, to see the polarity between the “have” and “have-nots.”

Regardless of what camp you’re in, we all get blinded by own sphere of influence – our bubble – the people we surround ourselves with. We subscribe to the doctrines and beliefs of the life-path set before us.

It’s not that the rich kids are inherently smarter – because they’re not. I’ve met plenty of idiotic rich people. And it’s certainly not the case that poor kids are dumb – that’s wrong in so many ways.

But when your entire culture is pounding you and insisting you will succeed, by going to college and beyond – you have no choice but to follow suit – even if you’re a moron.

And likewise, when your community is failing you, and no one believes in you, you will automatically default and fall in line – even if you’re the smartest person in the room.

Why should you bother to try? You’re just going to be a dishwasher anyway.

What a horrible lesson to teach our children.

We should all be ashamed of ourselves.

But we’re not ashamed. We can’t see what we’re doing – it’s a blind spot.

We’re living our lives exactly as we’ve been taught, and no different.

So when it comes for goal setting, what group are you in?

Are you with the New Year’s Resolutionists who set yearly goals and unavoidably fail?

Or are you with the Dreamers, who understand no one else is smarter than you or more talented. We’re all exactly equal, and it’s only our mindset that sets us apart?

You know exactly what “school” you’re in. You just have to admit it – if you ever want to break through. 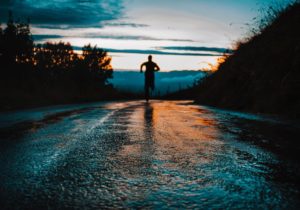 Don’t Be Lazy – Accomplish Impossible Things with a Routine 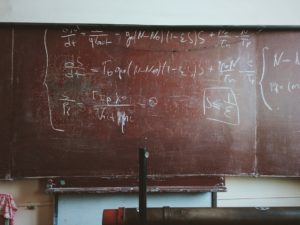 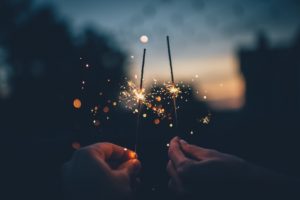