Be Kind Always – A Case for Compassion and Generosity 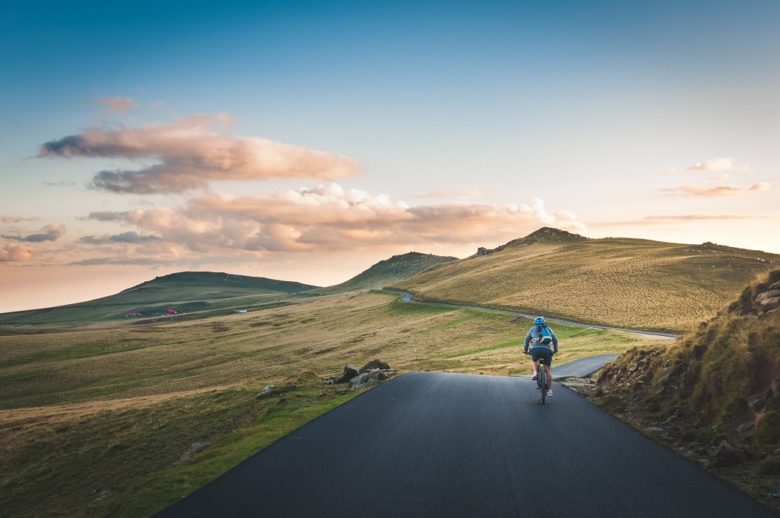 You should always be kind. You never know who you’ll help.

There’s a bike trail in Florida where everyone is rude. No one says hi to each other or waves.

The daily troubles of the world have followed these people to the path, where they continue to fight and scratch their way along.

It’s a dog-eat-dog world and the path is no different.

But this is not how a bike path should be.

The path should be kind.

I’ve ridden all sorts of trails.

State parks and trails built by mountain bikers have this community feel. There are conversations being had, general pleasantries exchanged, and an overall positive mood.

Even in New England – which is full of grumpy people – the bike trails are full of dog walkers and horseback riders, all waving at each other, acknowledging each other’s existence, and available for a quick smile.

It’s nice out there, and you feel welcome, in the woods of New England.

The Florida trail is in the city, and it feels like you’re constantly being cut off.

I’ve seen cars blow stop signs, other bikers zooming around pedestrians never announcing their presence. There are homeless people flagging you down.

It’s just not a nice feeling. It feel like more anxiety and stress – all the stuff you’re supposed to be avoiding out on the trail.

One time, another biker shouted at me, and I didn’t know what to do.

I thought he wanted to rob me. Because no one talks to each other, these are the rules. And he had been the first to break the silence. Obviously, this wasn’t going to end well.

He shouted, “Do you have a wrench?”

What? I didn’t understand what he said. I thought he wanted money. It didn’t register in my mind what he needed.

But he was old, and looked foreign. At the very least I could keep my distance and zoom away on my bike, if need be.

There was no one else around – no hooligans in the bushes – so I wasn’t about to be jumped. It didn’t feel like a trick.

It was such a strange encounter, that I decided he actually needed help.

When I’m stopped at a red light, there’s a way to properly position the pedal on your right leg, like a sprinter ready to burst from the starting line. You immediately push off and gain instant momentum.

As I stopped to help this man, I “loaded” my pedal, ready to burst away if trouble came.

“My breaks are loose,” he said. “I need to tighten them.”

Oh, thank God, I thought. I didn’t need to tackle him after all.

He continued to explain he had just bought the bike from Walmart, and was enjoying the first test drive. But being Walmart, they assembled the bike wrong, obviously.

“I don’t carry tools with me,” I said. I’m usually never far from home. If I blow a tire I’m more likely to ditch the bike and walk back.

But I wanted to help the man. Could I fix a break with my bare hands? Nope.

“There are bike stations along this path,” I explained. “They have air pumps and tools.”

He was beyond thankful.

He launched into his life story, how he had just moved here from Poland.

I asked if he knew my Polish friends. He didn’t. But like so many other Europeans in Florida, there’s a huge community of Polish here.

He continued talking, into a longer conversation, about his daughter and his troubles getting settled in. About wanting to ride a bike again, like he had back home. And mostly about how Walmart sucks, which I could appreciate.

I cared for a moment, but I really needed to leave. I wanted to get home and eat dinner.

Besides, he didn’t understand the rules of the road: No one was supposed to talk to each other.

He was new. He didn’t know.

But because he had broken the silence, it felt foreign and strange.

I’m out running and exercising – trying to feel better and get the cobwebs out of my head.

And once again, no one says hi. No one waves. It’s the same rude nightmare all over again.

So I’m changing that.

I want to spread joy and get a new trend going.

Because all I ever think about is that foreign man. How we’re all from somewhere and we all have a story to tell.

And sometimes too, the breaks are broken and the wheels of life are falling apart.

All we need is someone to stop, to help us, and get us back on the right path again.