When God Turns Our Heart – A Story About Philadelphia 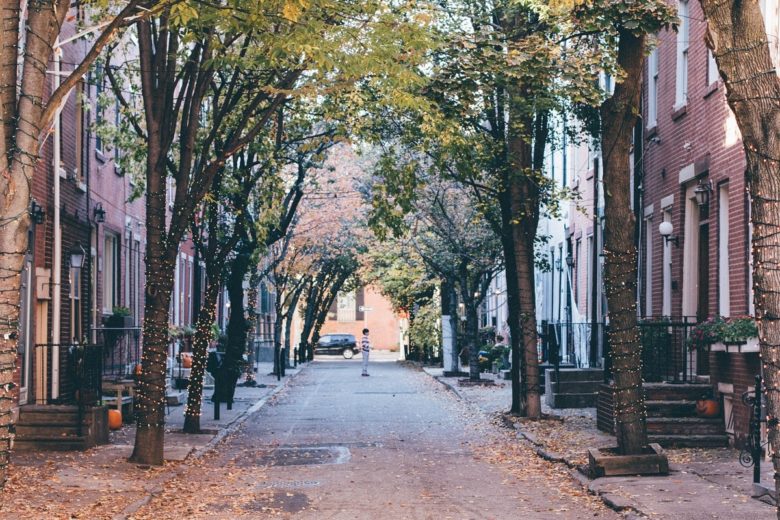 I hate Philadelphia. I’ve visited multiple times and lived there for a month. It’s not a nice place and I hate it.

There are positive aspects to the city: The tourism sites are outstanding. The many museums are incredible and historical artifacts bring a tear to my heart. There’s a feeling of awe and pride to see the cracked Liberty Bell and Independence Hall. It brings a sense of honor as an American – exactly what our country stands for and what we’re all fighting for.

However, Philly is also full of poverty and despair. A block outside the beautiful city-center is endless miles of the underprivileged. It’s a story of race-wars and economic disparity.

If North Korea were an American city, it would be Philadelphia.

One of the problems is all the money escapes the city. There are beautiful buildings and skyscrapers in the city. It’s a thriving metropolis. You’d think Philly is kicking butt and taking names. You wonder how anyone could be unemployed in this bustling town.

Unfortunately, these “privileged” jobs are staffed by people living in the suburbs.

Imagine you live in your swanky McMansion, surrounded by like-minded peers in a beautiful utopia. Then you take a train – like the Hungry Games – and pass by endless miles of housing projects, abandoned buildings, and the homeless. As you pass in the speeding train, you don’t even have to look out the window if you don’t want. You can snuggle up to a good book and just pretend none of it is real. None of it exists. It’s not your problem.

Then the train arrives to the city-center – the Hunger Games District 1 – where all the wealthy people hang out, drink, socialize, and be merry. At the end of the day, you can board the train again and return to your comfortable abode –  and do it all again the next day.

So, when I had a chance to attend a stateside mission trip to Philadelphia, I said no.

“Hey, Joe. You’re coming with us to Philadelphia, right?”

“I’m not going,” I said flatly and plainly.

I had made up my mind. There was no point in me going. I had already been there and knew nothing I did could change that city. That city was bound to burn, like Sodom and Gomora – and I wasn’t about to watch it fall.

Then days and weeks passed. I couldn’t stop thinking about my hatred for the city. It was always on my mind, like an ember had ignited and caught fire in my soul.

God has a funny way of forcing our hand and making us do exactly what we don’t want to do.

(I’m sure you can guess how that played out… I’m pretty sure God is a prankster. He’s like a teenage jokester who thinks everything he says is hysterical. He’s a punk.)

Once in Philly, we helped a new church run a children’s summer camp (oh, joy) – my exact opposite of a good time.

One of our most difficult tasks too, was to hand out fliers to the surrounding community and invite kids to the camp. As of that moment, nearly no one was attending. I think 5 kids had signed up – and they were from the surrounding suburbs, being driven in (?).

So with fliers in hand, we set out to the questionable neighborhoods of inner-city Philly. If there was ever a time I wanted to call it quits, phone home, and evacuate myself out of there, it was then.

Being a door-to-door salesman in an upscale neighborhood is scary at best. To walk around the decaying streets of Philadelphia is another matter entirely.

There are pit bulls barking and scary people answering the door. This is not a place I advise wandering around by yourself at dark.

Yet, I felt the severity of this assignment. If we weren’t inviting the community NOW, no one was ever going to do it. This was the exact perfect timing, for them to send their kids to a safe place, and allow them a refuge in the middle of the summer, when everyone’s out of school anyway.

And it wasn’t like we were shoving Jesus down their throats (but really, we were…), we were just playing games and eating snacks. Who doesn’t like snacks?

I felt the weight of that moment. I knew if they weren’t invited now, by us, they would never get touched again. This was the exact moment their kids needed to hear the message of Jesus’ love.

Suddenly, I knew why I was on the trip. This was my “thing.”

I don’t like skits or acting, kids or babysitting. But the one thing I excelled at, was sales.

I know ratios and numbers, I know the odds of looking for that one “yes” in a sea of a million “no’s.”

I can go up to someone’s door, say hi, and invite them to church. I had already done it a million times as a trained sales professional. This was no big deal, this was easy, and fun.

I lit up with the excitement and energy of it all. I loved handing out the fliers and talking to the people.

And then once we ran out of fliers, we went back for more, and handed out a second round. There were kids in the street and teenagers willing to bring their siblings. It was amazing to interact with those people, and to be a beacon of hope in their life.

And I wanted to keep going. I wanted to reach just one more person, to invite someone else, to reach the next house. Who knew where that “yes” would come from, and whose life it would change, but we needed to try.

The summer camp began on Monday with 10 kids. Strangely, and by an act of God, the week ended with over 70 kids attending. Where they came from, we’ll never know, but it was an amazing sight to see God work.

And, as fate would have it, my heart slowly began to change.

There are amazing people at work in the city, set on helping the citizens of Philadelphia. Their love of the city was infectious – it radiated out of their soul.

We got to clean a park, repair the church, and play with kids. Every day was packed with excitement and adventure as I saw the city in a new way.

I walked away from that experience a changed man. Never in my life would I have known the love that exists in such a destitute place.

And as I left, suddenly I felt a longing to return, to help once more, the city I fell in love with.

Because, honestly, I love Philadelphia – it’s a great place.