How to Make Friends – Why Being Nice to People is Easy 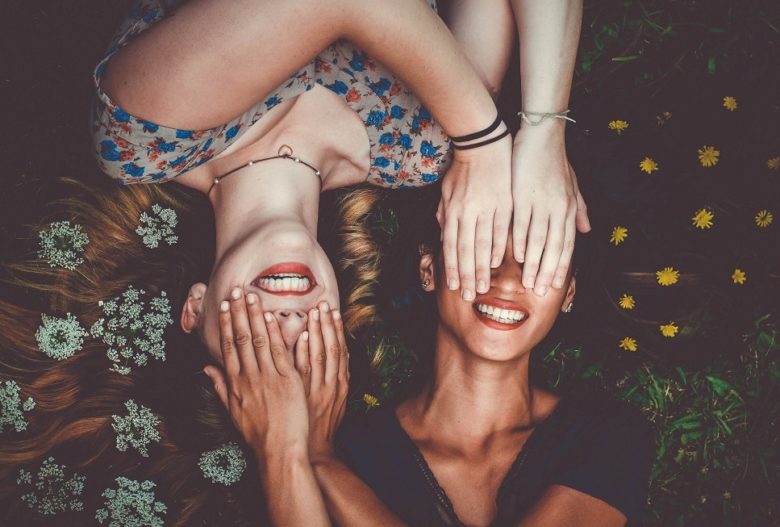 As an adult, making friends is hard. It suddenly seems like everyone is too busy to add more friends to their life – like somehow a new person, means a new commitment, and extra effort.

Like we’re all sucked for time and energy, and the last thing we want is spend energy on someone we don’t know, or who won’t return the favor.

Making friends is hard, but it doesn’t have to be that way.

As an 18 year old, going off to college for the first time, I was determined to make friends.

I think everyone is. Suddenly, you’re ripped from your family and everyone you’ve known your entire life, and forced to restart from scratch, with these strange people you’ve just met.

But the thing is, everyone feels that way. Everyone needs friends and is looking to be accepted.

I got really lucky with my group of friends and am thankful for them. The people I met in that first week of school remained my close friends for the next four years. It was a pretty awesome connection to have.

Granted, throughout the years, there would be new people to enter our clique – it wasn’t like we were exclusive – but the same core remained the same.

And as you familiarize yourself with a college campus, you begin to see the groups of people that belong together. They’re always hanging out and doing life together.

College kids have a knack for making friends and building new support systems. It’s like they’re rebuilding the family they lost to begin with.

However, once we graduate and move on with life, it feels like this friend-making muscle wanes.

Suddenly, as adults, we barely have room for anyone other than ourselves.

I don’t know if this is good or bad – it’s just how it is – it feels like adults can only manage 3-4 close relationships, and that’s it. Everyone else is closed off. Goodbye.

Life gets in the way. Jobs get in the way. Our dreams and aspirations take a front seat. How does anyone have time for friends when there are schedules to maintain, errands to run, bills to pay, houses to clean, cars to fix, mouths to feed, beds to be made, habits to form, workouts to do, and careers to pursue? Don’t get me started on careers…

In college, you have none of that. You go to class, then have nothing to do. You sit around and stare at your friends all week, because you’re living with them. It’s like a friend-making paradise.

After graduating college, there was a hole in my heart. I was missing my friends and the relationships I had formed. I realized I was never getting that experience back. It was a one-time shot. And now it was over. Done.

So I decided to do something about it, and tried to make friends again.

I put my career aspirations on the backburner and figured I’d focus on meeting people and making friends once more.

The trouble was, I didn’t know how to do it. How do you make friends?

College had been easy – you’re all in the same boat. But how do you do it in the real world, when everyone is busy and will easily disregard your unwanted advances? (that sounds creepy and gross, but there’s a similarity to making friends as there is dating – it’s a 2-way street)

My mind flew back to people who had been nice to me – people I had wanted to be friends with, but couldn’t.

But what mattered to me, were the people who treated me well. They would say hi to me, no matter what.

And these weren’t deep friendships – just nice acquaintances in passing.

As I headed into the real world, seeking friends, I took that advice.

I was learning people’s names, and saying hi to them, no matter what. I’d entertain conversations and care about the other person.

But then, once people started getting close and thought I was cool, I’d spring the trap, and be like, “Ha! I want to be friends with you too.” And they’d be like, “Whoa, cool.”

So that’s how I made friends again, like a venus flytrap luring them in.

In that season, I was able to develop my strongest friendships – my wife included – an unintended by-product on my friend-making journey.

But now that I’m older, and have moved on, I’m constantly wondering why it’s so hard to make friends again?