How to Get What You Want – A Nintendo Story 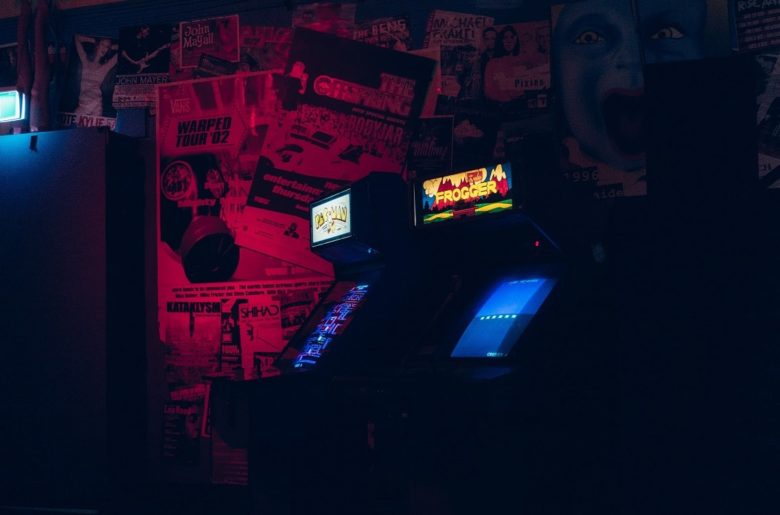 I never got what I wanted.

I always wanted a Nintendo.

Every Christmas that was the primary item on Santa’s Wish List – a NINTENDO in big bold letters. And circled, and highlighted. Every year he’d conveniently skip over this must have item.

Sure, he’d remember to pack me Ninja Turtle action figures, and plenty of Legos.

But the Nintendo – nope.

And every year, I was disappointed.

My dad said it would rot my brain.

So I tried tricking him.

There were some educational video games for the Nintendo. And some biblical ones too.

There was a game about Exodus. Moses would walk around and shoot Egyptians with manna. It was awesome.

But he didn’t fall for my tricks.

Instead, he bought the family a computer.

That computer was awesome – and I’m sure like 10x the cost of a Nintendo.

So clearly, it wasn’t the cost of the Nintendo that was holding us back – but the “brain rotting.” That’s always on the top of every parents hit-list. Watch out for the brain rotting.

I tinkered with that computer every day. It was fun to learn all the bizarre commands.

It came loaded with DOS – and if you don’t know what DOS is, it’s like typing commands into your computer. Imaging having to type into an iPhone to open Facebook. (Hey Siri, play Oregon Trail.)

This was the birth of the digital age, and I cut my teeth on this tech.

Then came Windows 3.1. And wow! That blew my mind.

(Which basically functioned exactly the same as the newer versions of Windows today.)

Then I got myself some computer games.

We had educational games like Where In The World is Carmen Sandiego. The box came packaged with an almanac – a thick book. You had to read through the book to find Carmen.

Then I went crazy and bought a normal game. I bought the very first version of Need For Speed – an incredible racing franchise which still exists today.

And when I loaded it onto our DOS machine for the first time – BEEP BOOP – the computer crashed.

What a piece of crap.

The computer tech had to fix it. Who knows how computers worked in those days. I think we needed more RAM to run the program.

But that guy kept my computer extra-long because he was playing the game.

Yes, it’s very cool. Now give me my computer back.

But if you’ve ever used a computer (and I mean, who hasn’t), you know they’re a pain.

Even in the year 2018, there are still hang-ups and viruses. There’s random crashes and unknown glitches.

Don’t you dare call tech support either, because they don’t know how anything works. All they’ll make you do is restart the computer and hope for the best.

They were always crashing and breaking. You had to be a geek to figure these things out.

I dropped my keyboard once – and BLAM – the motherboard died. Seriously?!?

But I was never getting a Nintendo, obviously, so my gaming addiction had to be resolved on the computer.

I’d rush home from school, ready to fire up Half-Life – and the piece of crap would be busted. The hard drive would be out of space, or it’d need a software upgrade, or the graphics card firmware became corrupted.

Crap. It was like Russian roulette with those computers – even worse than having to blow the dust out of those old Nintendo cartridges.

I was constantly AOL Searching (because “Googling” didn’t exist…), perusing computer forums, searching for answers, trying out solutions, and failing. Failing a lot.

It was trial and error, all day long, every day, every night.

This was the life of a computer gamer – and it strangely still is.

But I learned a lot about computers, about their inner-workings, and how to solve problems. It was like a passion of mine, to keep my computer running in tip-top shape, just for the sake of playing my favorite games.

Because when you’re hankering for a killer round of Counter Strike, and all you see if the blue screen of death, the first person you want to kill is yourself.

(I’m surprised the teen suicide rate wasn’t higher back then – “Sadly, he killed himself because the computer didn’t work. Bless his soul.”)

Now, as an adult, I still never get what I want.

But I think God gives us what we need instead. Not what we want.

Like with the video games, if I had a Nintendo, I wouldn’t have strived so hard with the computer problems – even if my brain would be fine, not mush. All those computer problems have toughened my resolve, and given me ways to solve issues without losing my mind (though sometimes I still want to).

For my current wants – seven years ago I wrote a novel. At the time, I thought it was brilliant. It should have been published by a Big 5 publishing agency and given a movie deal with Disney. And obviously all the branding deals and action figures to follow.

But that book sucked.

So now I’m still trying to get published. I’m writing a thousand times better, and more clearly, but I’m still not published. It’s irritating (at best) but I’m pushing forward, and trying harder, and not giving up.

If I had been successfully published all those years ago, what would that have taught me? What would I have learned?

It’s like being famous when you’re young – the Justin Bieber’s and Selena Gomez’s of the world – they haven’t had time to develop, mature, or learn.

What if they had waited for God’s timing, instead of rushing headfirst into something they thought they wanted?

Because once you get it, you can never send it back. It’s yours forever and it’s the only life you get to live.

So do you want a Nintendo now? Or would you rather wait, and be challenged, and grow?

And get what you need instead.