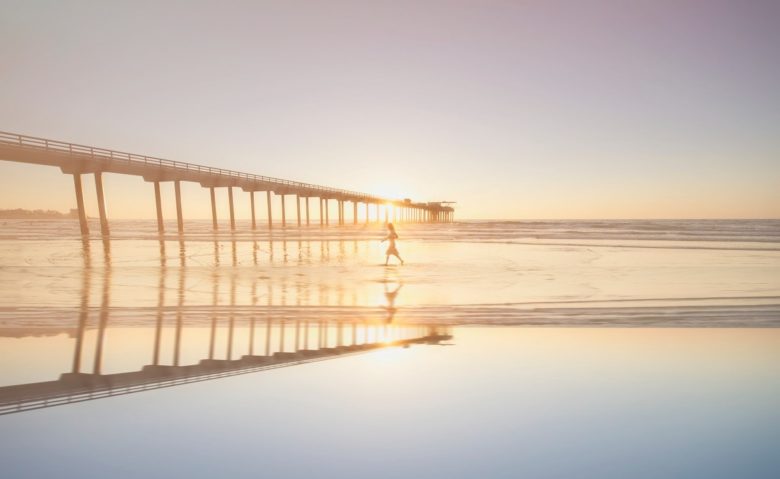 “Chase your dream.” My entire life all I’ve heard is this one recurring advice. And inheritably, I’ve pursued that mantra to the fullest extent.

I’ve worked at Disney and tried to make a lot of money (not simultaneously). I’ve tried to launch a start-up company, been a standup comedian and a fiction author. While many of these endeavors are noble goals, ultimately they’ve only left me with one thing – Empty.

Chase Your Dream – A Generational Lie

It feels like my generation, the crossroads of Gen-X and Gen-Y, have been in the crossfire of this chasing dreams debate.

My grandfather’s generation (the greatest generation ever) launched us into the Corporate America we know today. They were all hard workers, being a byproduct of the Great Depression and the two world wars. It was a generation of strife, of rolling up your sleeves and getting your knuckles dirty. My grandfather, after all, managed to raise a household full of 7 kids on a single income. How any one managed that feat is beyond comprehension, but it worked.

Did anyone ever tell my grandfather to chase his dream? Probably not. He certainly would have bareknuckle boxed them to the face, until their nose bled. He was a cool Irish cat like that.

On to the next generation: Our fathers had the pleasure of earning the Baby Boomer moniker. They were able to hustle their way through the 70s and 80s, chasing after pipedreams and unlimited fortunes. This was the true golden age of American progress, seeing the stock market skyrocket (and then plummet) to unheard of heights (and lows). But profits were certainly there to be made, by anyone who cared looking.

So what then were they after? Chasing the American dream? Probably. But it appears chasing after unlimited sums of money has its own drawbacks. They learned the pursuit of money isn’t everything in life.

Now that’s where we’re at today. This new group of kids who are advised to chase after their dreams and not necessarily for the money. All of us, Gen-X, Gen-Y, and now the Millennials, have this very confusing world view set before us.

We’ve seen stock markets crash and housing markets burst. We’re no longer delusional to beliefs of financial security. We no longer believe our employers have our best interest at heart. We’re burdened by the side effects of the gig economy and the difficulty of finding decent fulltime employment. We’re buried under unbelievable amounts of student debt, of having to live with our parents, and barely scraping by with dual income households.

How then, in this ridiculous economy, is anyone telling us to follow our dreams? Understandably, people have tried to pull themselves out of this mess and to create something for themselves – only to learn there’s no pot at the end of the rainbow. Success, as it seems, only provides more problems. “Mo’ money, mo’ problems.” Right?

Chase Your Dream – An Alternative

The advice, on paper, sounds solid – “You only have one life to live, so make it one worth pursuing.” “Get up every day and follow your dreams.” “Chase after your passions.”

The advice is all the same, just repackaged in similarly misleading ways.

So then, if chasing after your dreams ultimately leads to an unsatisfactory life, how should we pursue our lives?

Answer: We should help people.

This simple advice was a game changer for me (pardon the annoying business lingo). I had always been pursuing wealth, or pursuing gifts and talents, with the sole aim of making myself happy. I wanted to feel satisfied, to feel “full” in some way, and to ultimately be happy.

Because, right, isn’t that like our entitled belief as Americans, that we have an obligatory right to be comfortable and happy? That we have a right to lead pleasing lives.

That’s all a lie. It’s all a self-defeating prophecy.

Chase Your Dream – My Dream

For me, I didn’t want to start this blog. I hated every idea of it. I like being a writer and I like doing my creative thing on the side. It makes me happy and it’s fun to do.

Sure, I’d like to make a profit and be the next Stephen King with New York Times bestselling novels, but who wouldn’t? It seems like a dream within reach to be up in my Maine house, twittling away on an iMac, making up ridiculous fictional tales – and then to be paid handsomely for it. All while being left alone to work on my thoughts. It seems like I’d be perfectly happy that way. To be left alone.

But I’m learning, that won’t be satisfying. I won’t be any happier than I am today. And even though I’ll have lots of money, ultimately it won’t satisfy. Something will always make me miserable. There will always be what’s next. The next thing to chase.

So I’m stopping that. Instead I launched a blog. With an aim of helping people.

How will that happen? I don’t really know. I just feel called to share my experiences and struggles as I grind through this life. Hopefully some of these stories and insights will affect someone else along the way.

But hopefully too, you’ll see the misguided light at the end of the tunnel and stop chasing your dreams too. Maybe it’s soon enough that you can slam the breaks, reassess what’s this is all about, and figure a different way in this life – one that helps people. And ultimately one that helps yourself too.