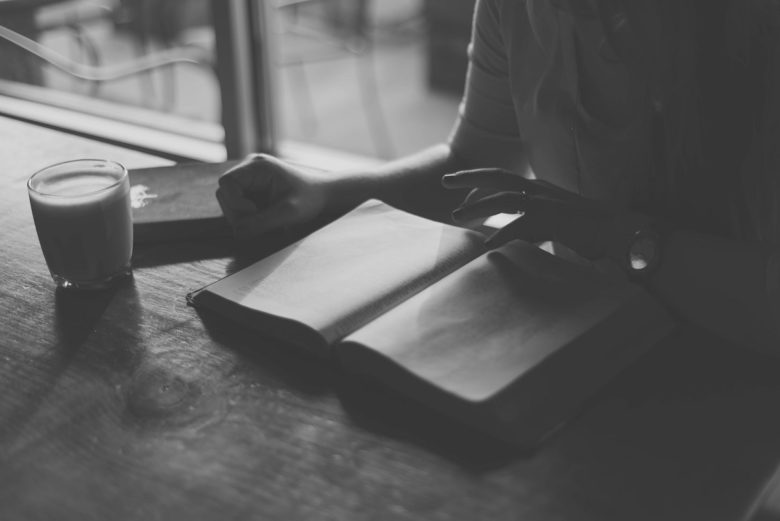 Everyone wants to write a book.

A recent statistic found 3 out of 5 people wanted to write a book at some point in their life.

That’s a staggeringly huge number. There are over 7 billion people in the world – that means 4.2 billion want to write a book.

Do we even have room for that many books?

The podcast is compelling. It’s edge-of-your-seat type stuff, with a behind the scenes look at the publishing industry. It’s great.

But what’s interesting about it is August wants to write a book. And not just any book, but like a famous book – the next Harry Potter level of book.

Don’t we all want to write the next Harry Potter? That seems as moronic as saying “we want to win the lottery.”

So why can’t August be content with his day job, writing movies? He has a great job, a brilliant catalog of films, and a steady paycheck.

Why does he have to write a book?

Granted, it’s not like everyone wants a writing career – but just the privilege to let their story be heard.

It seems strange that writing is a career anyway – and a bizarrely difficult one at that.

It would be like saying 3 out of 5 people want to perform surgery at some point and be a doctor for a day.

What are you even talking about? What kind of insane dream is that? No one would ever aspire to be a doctor for a day.

There’s something universally uniting about books. Across the globe it’s the one common denominator we have as a species. Whatever tribe, language, or tongue you speak – inevitably there are books written and stories being told.

Even from a young age, it’s how we learn. It’s how we understand the difference between good and evil.

“Let me tell you a story about a person who did something good – you should aspire to do the same.”

Or, “Let me tell you a different story about something bad – don’t be like that.”

Stories allow us to skip steps.

Instead of learning the stove is hot by touching it (which is a painful lesson, every time) – we’re able to avoid pain by other’s experiences, or learn positive truths from their triumphs.

And books – these stories – have lasted for millennia.

All our ancient knowledge is in books. There’s tons of religious texts, which have survived the test of time. And even secular books like Homer and the Iliad.

These are all incredibly helpful stories, which still resonate and leave a lasting impression today.

When I think about the Bible too – it’s people like Paul, the Gospel writers, and even King David in the old testament – these are influential thinkers who are long dead, but their lives and thoughts live with us today.

That’s why no one wants to “play doctor for a day.” No one remembers who did surgery on your heart.

But everyone remembers who pierced your soul.

These authors – these life lessons – have affected us all.

These writers have been lifted onto a strange pedestal as being “the best” or the “most remembered” or the “favorite.”

It’s like everyone knows how important the authors are in their lives, that one day they too have a story to tell, people to help, and lives to shape.

I have them too.

Growing up and what it means to be a Christian in a world that attacks your beliefs, I found comfort in Miller’s journey. He said it’s ok to not have the answers and to never really understand the complexity of God – but that He exists, and we can find comfort and beauty there.

I read it in college, and there’s plenty of other people like me who loved it. It’s defined our generation.

I think of Blue Like Jazz fondly. I wonder what Miller is up to and if he’s written any more ground-breaking books.

Look him up. There are other stories, but he’s ventured away from full time writing – into running a marketing company.

His company is great and he’s helping people in new and interesting ways.

But it’s not the same.

He answered a question about why he doesn’t write books anymore.

His answer: Because he’s grown.

He’s a different person today, than the struggling and desperate person in his 20’s. I can respect that. It’s a solid answer, and I’m proud of his accomplishments and living a better life. We all want a better life.

Maybe his writing hurts him, and I would never want him to suffer more, just because I want to read more of his books – that’s selfish of me.

But what’s missing is the underlying nature of the question. The question is this:

“We all aspire to be famous authors and you’ve reached the summit and changed people’s lives. Why aren’t you still living there? Why aren’t your words resonating through the generations and ripping through people’s souls?”

Because we all want to be like those great thinkers, and to have our voice be heard. And to have our thoughts last for thousands of years.

I’m not faulting Donald Miller – he can do whatever he wants.

It’s just no one on the outside understands. It’s like you’ve achieved a pinnacle of human accomplishment, diving into the psyche of a generation, and now you want to quit?

It’s like you don’t want to be Shakespeare anymore. Or if Paul was tired of writing from prison.

Where would our society be if those authors stopped writing? If they no longer felt compelled.

No gets it. No one understands.

Because everyone wants to write a book.