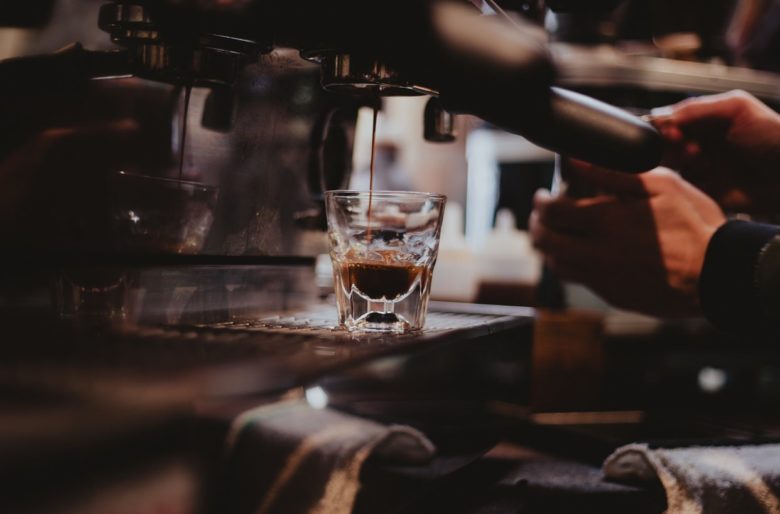 I ordered the worst coffee in the world.

I hadn’t been to Dunkin Donuts in quite some time – I was taking a caffeine sabbatical, and we all know how long those last…

Anyway, I said to myself, “I’m going to get one of those frozen coffee frapes. Yum.”

Starbucks has these and they’re called “Frappuccinos.”

I’ve ordered these from Dunkin Donuts before, but I mostly only get hot coffee and donuts. But I remembered their “Frappuccino” version being delicious and that’s what I wanted.

I drove up to the window and placed my order.

“A what?” Came the snarky voice through the speaker box.

I held my breath. I’m always two seconds from strangling the fast-food workers. I swear, the only thing they’re good at is getting my order wrong. I can’t wait until the robots replace them.

“A Dunkaccino,” I said calmly and with companion. “With caramel. Large.”

I pulled around and waited far too long.

She finally popped her head out of the window and handed me my drink.

She gave me a large hot coffee. That’s not what I ordered. The Dunkaccino is a blended ice drink.

“No, it’s hot,” she said with a smirk. “And you’re the first one to order it this year.” Her smile told of something sinister at play.

What the heck? I ripped the drink out of her hand and sped off like a maniac.

I don’t like arguing with people. If I disagree with how they treated me, I won’t shop there anymore. I vote with my pocketbook – and soon you will go out of business.

This DD was in trouble. They were on my “out of business” hit list.

But what in the world had I ordered?

I sipped the drink and it tasted like warm sugary urine. Gross. Not what I had in mind.

I couldn’t drink it.

I returned to work, furious, with my mystery drink in hand.

I plopped down at my desk and fired up the DD website. In the ancient bowels of their menu, I located the culprit.

Basically, it was the hot cocoa equivalent of a cappuccino, and tasted even worse. It was like literally a packet of imitation cappuccino dumped in hot water. Gross.

Not to mention it’s a registered trademark. They’ve gone out of their way to protect this “intellectual” property. Why? I don’t think they’re in danger of anyone stealing this masterpiece.

I literally couldn’t drink it. It was the worst drink I’ve ever had.

Come to find out, DD calls their frape drink a “Coffee Coolata.” Great.

Like that doesn’t confuse a million customers daily. The equivalent drink at Starbucks is a “Frappuccino” but at DD it’s a “Coolata”?

It’s like if McDonalds invented hamburgers, and then Burger King goes and calls theirs a “hot hammy bun-which.” But be careful if you order a hamburger at Burger King, because they’ll give you a ham sandwich.

What kind of illogical non-sense is that?

DD! Take that crap off your menu. You’re better than that.

(But I’ll still see you this afternoon for a “Coolata.” Because they’re delicious.)