How to Ace an Interview – Real Proven Tips 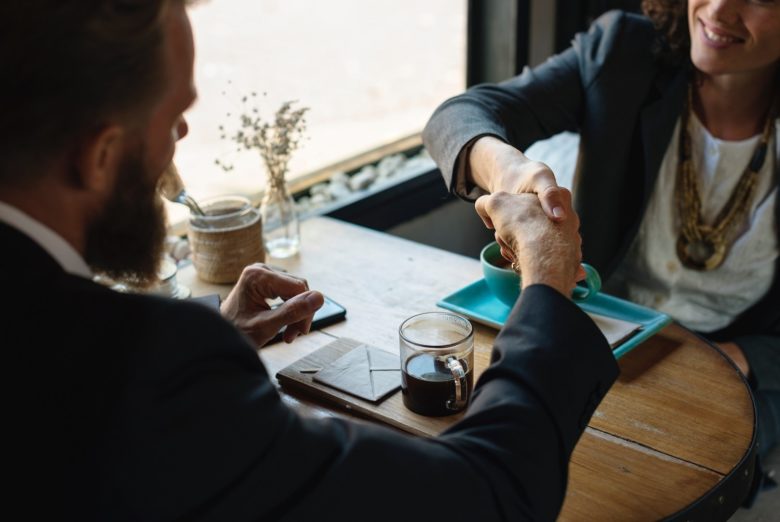 I’ve talked at length about the joys of applying to a job here. If you haven’t checked it out, please do, it’s a precursor to this post. Because frankly, how are you supposed to ace an interview, if you haven’t applied to any jobs?

In my opinion, applying to jobs is the difficult part. For all the worry people put into interviewing skills, actually pulling off a successful interview is the easy part.

So congratulations if you’ve got as far as the interview. The job is practically yours.

In all my experience, and all my ridiculous amounts of interviews I’ve sweated through, I’ve complied this list of the most important ways to ace an interview. So here we go:

For real, this is the Golden Rule of interviewing. Do not give the interviewer a reason to not hire you.

Just let that sink in for a moment. You don’t have to be particularly eloquent or well spoken. You don’t have to put on a dog-and-pony show pretending you’re the best candidate for the job. Just don’t give them a reason to question you, at all. That’s it.

Your resume stands out already and is glowing. For whatever reason the company thinks you’re qualified. On paper you look like the perfect match.

Ask yourself – what then, is the purpose of the interview?

If your resume already says you’re qualified, how is an interview supposed to further that point? It’s not. An interview does nothing to puff you up. Sure, you may get friendly vibes and build an instant connection with your potential employeer, and that’s great, but don’t let that detract from the fact that you’re a moron. Just don’t be dumb.

Here’s a secret: Interviewers have no idea what they’re doing. Even if it’s someone from HR, they’re still totally clueless. Worst of all HR may not even understand the role you’re applying for, so how are they a judge of your credentials.

Most interviewers will be your new potential manager. This person is a manager. They may be good at their job (and probably aren’t) but they are certainly not a trained at interviewing. They have absolutely no idea what to do or say, and most likely have just Google “Interview Questions” 30 seconds before you walked through the door.

I should know. I’ve hired people before. I had absoltuley no idea what to look for, other than if the potential hire would be a headache for me. Was he/she annoying? Who knows. It’s not a perfect or fair system, but whatever. It’s the truth.

I just want someone to do the job, who won’t make my life harder.

Here’s a metaphor: Everyone goes into an interview with 100 points. It’s impossible to gain more than 100 points. It’s the max. So it’s up to the interviewer to pick holes in you and decipher why you’re not a match.

Don’t let them take any points away. It’s solely up to you to not be dumb.

And I get it, this is actually hard. Interviewing is a nerve-raking situation, no matter what level of employment you’re seeking or how many times you do it. It does get easier after practice, but the torture of it all never really leaves.

So how are you supposed to act like a normal human being in such a stressful environment?

Seriously. That’s why my other post is so important.

In order to have the confidence to ace the interview and behave like a normal human being, you need to have confidence. And more obscurely, you need to act disinterested.

Have you ever met a potential friend or wanted to date someone who isn’t quite into you? It kind of sucks and hurts, as they seem really cool and like they have their act together. But when that person suddenly comes around and gives you the same attention back, and you’re hitting it off like lost soulmates, it feels like a match made in heaven.

That’s sort of how an interview should go. You don’t want to be stand-offish and like a total dick rude person. Again, don’t give them a reason to hate you.

Some of the best jobs I’ve ever accepted have felt like “I don’t know if this is a right fit, but let’s entertain the interview anyway, because I need a job” feeling. Then for whatever reason the employer thinks your perfect and wants to hire you. Ok, great. I need a job.

Think how it would feel if this was the only job you applied to? It was your one interview and it was of prime importance to get this job. You’d be a total nervous wreck. I’d almost advice you to not go and don’t waste your time.

Have confidence. Be brave and strong and smart. Most of all, don’t be desperate.

There’s lots of other tips which make practical sense like how to dress and proper etiquette, which maybe I’ll touch on later. For now, check out this link and this link to make sure you’re not a total dufuss.

What’s your best interviewing tip? Have you failed an interview and thought how to improve?