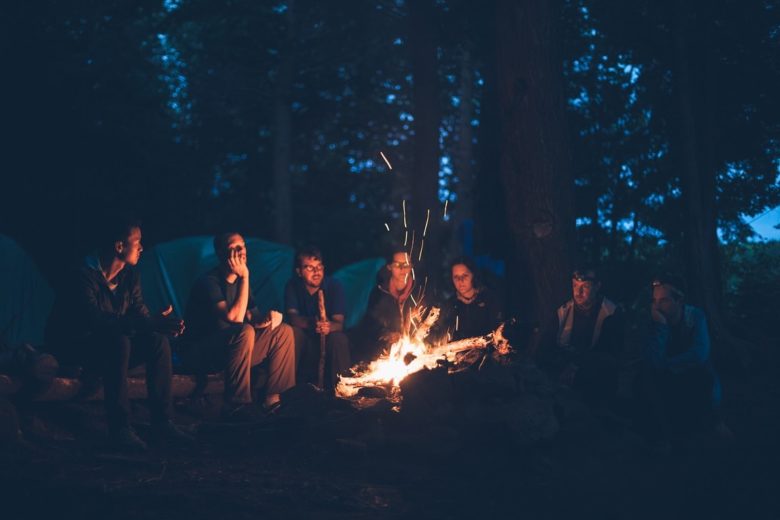 New jobs are hard. We all like to stay in our comfort zone, in the familiar, rather than venture into the harsh unknown.

What if we try something new and fail? How should we respond? Should we get down on ourselves and never try again?

Some of those jobs were short stints, while others were for 3+ years.

But I was analyzing what jobs I liked and grading each accordingly. I came up with some interesting discoveries, for me personally to pursue in the future.

What was most interesting was how I hated most of them – like with belligerent disgust.

One of my worst jobs was a camp counselor.

I had never gone to summer camp as a kid. I never wanted to. There were lots of day camps I attended and different soccer style camps, but never an all-out summer variety.

I lived in the country for crying out loud and lived at the lake all summer. Why would I pay extra to have the same experience elsewhere?

But as an adult, I figured, “Hey, I’ve never been to summer camp. Maybe now will be a good time.”

It wasn’t. And it will never be.

My thought process and risk tolerance were healthy in the beginning. I was becoming comfortable with stretching myself, trying new stuff, going off to college, jumping at internships – and figured summer camp would be a breeze.

It wasn’t. I hated it from the start.

To summarize my experience is this: Babysitting. Glorified babysitting.

I never imagined summer camp would be plagued with bickering kids. I figured it would be bonfires, s’mores, and late night cabin raids.

For me, as a 20-year old, I had finally figured out how to take care of myself and make my own life choices. Now my summer had been reduced to making sure shoes were tied and no one stabbed their eye with a stick.

It was a constant barrage on my senses and mental state. At the end of every day I was glad for the sun to set and the day to be over. I was exhausted.

Suddenly, I had a brand new appreciation for mothers.

I was tired and needed a break.

Once a week I had an entire day off. I couldn’t wait for that day, because I would wake up early and run out of the cabin. I would get in my car and peel rubber in the gravel driveway. I needed to leave, and relax, before I went totally insane.

I was in way over my head. I needed to get out.

The end of the summer came with huge relief.

I was excited to get back to college, be around my peers, and read some books – just anything to get away from those kids.

And after camp, all I could think about was how much I hated it. Life had been going right before that, as I was growing and learning new things. But camp slapped me with the silly stick.

I learned not all experiences are created equal. Not all jobs are equal.

I have terrific friends who love camp. I have friends who are great teachers and parents.

And for me, I learned a lot about what doesn’t work – sometimes that’s valuable.

For whatever reason, I had a burning passion in my gut that I needed to try summer camp. I don’t like camping or any outdoors stuff, and felt like I needed to overcome that fear.

Now that I had tried it, and given it my all, I learned a lot about what I’m meant to pursue.

It means I don’t need to be working with kids, or a preschool teacher, or any babysitting type roles.

But there are also people who are great at that stuff, and love kids.

I saw that too.

That summer camp experience taught me a lot.

I still follow my gut. I have things I need to chase. And I try new things with all my effort.

But if things don’t go right – and it ends up like summer camp all over again – I don’t beat myself up.

I don’t tell myself that I’m a failure and good at nothing. I just chalk it up to finding what I’m not good at, and then try again.

Because ultimately, no one even cares that I failed at being a camp counselor. No one even remembers.

No one ever says, “Remember that time you were a camp counselor? You should go back to that. You should try again.”

In all those 21 different jobs, there are nuggets of what I do like – things that I’m good at and able to pursue.

And finding those passions are worth their weight in gold.